BoostATV.com
Home How-To Guides How to Replace or Install an ATV Battery; Step-by-Step 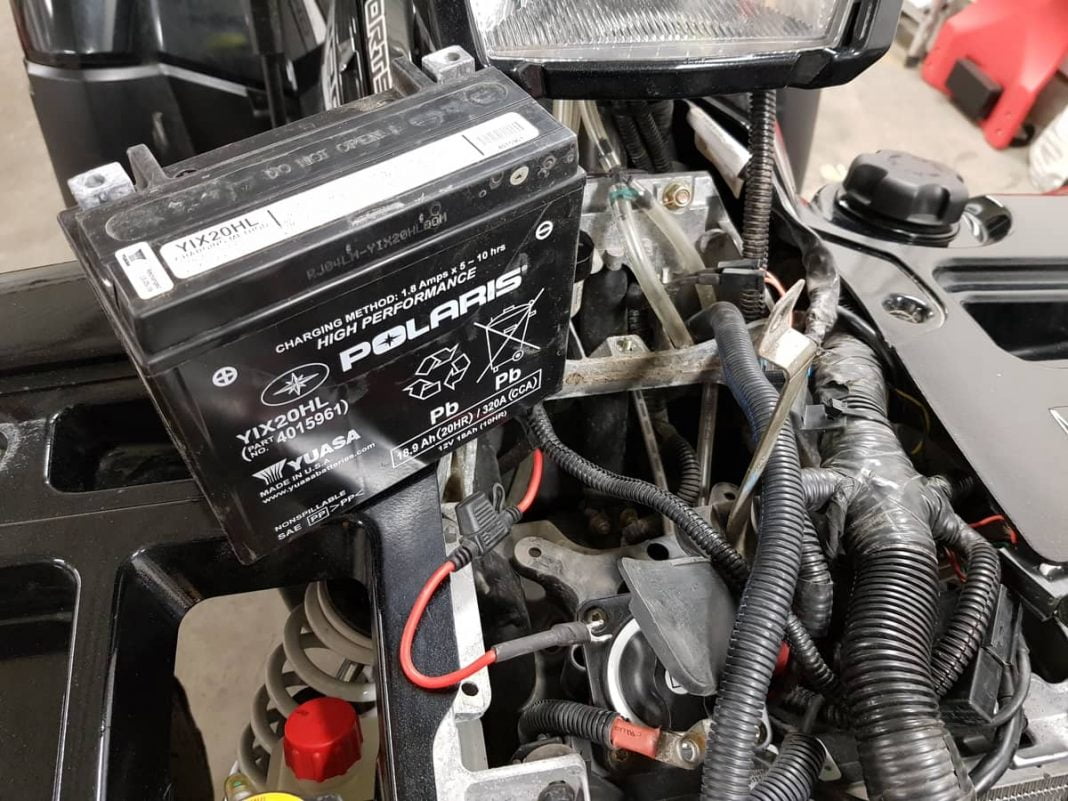 ATV batteries are considered consumables that need to be replaced from time to time. This guide will help you choose the right battery for your quad and provide step-by-step instructions on removing the old battery and installing a new one.

How to know if your ATV battery is bad?

Before you go ahead and buy a new battery, it’s a good idea to verify that your old one actually has gone bad.

After charging the battery to a full charge, allow it to rest for at least 12 hours to relieve itself of any surface charge that could lead to a false reading. Then use a multimeter to read the battery’s voltage. Set the multimeter to DC voltage. The red lead goes to the positive battery terminal and the black lead to the negative.

Another simple and effective way of testing whether the battery is healthy or not is by performing a so-called load test. You can learn about it in this post.

Head over to this post if you want to learn how long an average ATV battery should last.

Find the correct battery for your ATV

All ATV batteries are not the same. They vary in physical size, capacity (Ah-rating), battery terminal location and type, and battery type (traditional lead-acid, AGM, GEL, and Lithium-Ion).

When it comes to determining what battery you need, you have several alternatives.

Step-by-step guide: How to replace and install an ATV battery

Tools and supplies you will need:

Some ATVs have the battery located in the front, some in the middle, and others at the bike’s rear end. On some models, the battery is visible when standing next to the bike, while on others, you need to remove plastic covers, the seat, or other components to access the battery.

See if you can spot the battery from the outside. If you see no sign of a battery, your best bet would be removing the seat or the front cover.

Here are a few examples of battery locations on different brands and models:

Different ATV manufacturers use various systems to hold the battery in place. A simple hold-down strap held in place by one bolt is the most common.

NOTICE: Again, make sure not to accidentally short the battery to ground by touching the positive terminal with your tool when unbolting the battery.

5. Remove the battery from the vehicle

Take note of which way the battery terminals are oriented. The new battery should be installed the same way. Lift the battery out of its position. You may need to work the nearby wiring a little to gain enough clearance to get the battery out.

6. Activate and charge the new battery for installation

Some batteries are sold as kits that need to be activated before installation. The battery casing comes dry with no fluid, while the battery electrolyte comes in a separate container.

The kit should come with detailed instructions on how to activate the battery. Make sure to follow them closely!

Other batteries come pre-activated and need no assembly before installation.

Please charge the battery with an external battery charger to make sure it is fully charged before installation.

While some batteries come pre-charged, it is always good practice to top-off the charge before installing the battery to the ATV.

The charging system on ATVs does not always have the capacity to charge a battery that holds a low charge, especially if you only go on shorter rides.

Your battery will lose some of its capacity if left at a low charge over time, so make sure it gets a good start by fully charging it before you start using it.

Reinstall the battery retainer. The retainer bolts should be snug so that the battery does not move or come loose.

NOTICE: Do not overtighten the retainer bolts, as this may crack the battery housing.

The battery terminal connectors should always be installed in the reverse order of the removal process.

Where is the battery on a four-wheeler?

The battery on a four-wheeler can be located in the bike’s upper front area, in the lower center area, or at the upper rear area. You may need to remove the seat or a plastic cover to see the battery. If you still don’t find the battery, your best option is to refer to your bike’s owner’s manual. It shows the battery’s location with a picture.

When should you replace your ATV battery?

The average ATV battery will last 3-5 years before it needs to be replaced. It’s good practice to replace before it goes bad, to avoid starting issues in an inconvenient situation. Slow engine cranking or an illuminated check battery light are early signs that may indicate that the battery is close to reaching its life expectancy. Sure signs that the battery has gone bad is when it no longer can be charged above 12.4V or when it no longer will hold a charge.

Can I put a bigger battery in my ATV?

It is OK to install a bigger (higher ah rating) battery to an ATV as long as it is the same voltage, as long as it will fit, and as long as it can be held safely in place with the bike’s battery retaining system. Note that the ATVs charging may not be powerful enough to keep a bigger battery fully charged if you use power-consuming accessories such as a winch without allowing the bike to recharge.

What kind of battery does a four-wheeler take? 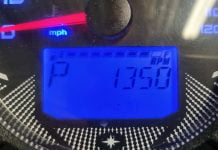 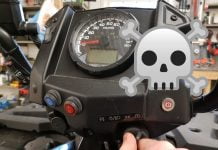 How to Start a Dead ATV: Step-By-Step Guide 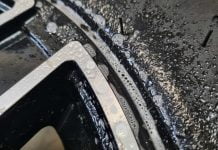 How to Repair Any Leaking ATV Tire – Complete Guide

How to Replace the Valve Stem on a Tubeless Tire