BoostATV.com
Home Buyers Guide How Many Hours Do ATVs Last? What is Considered High? 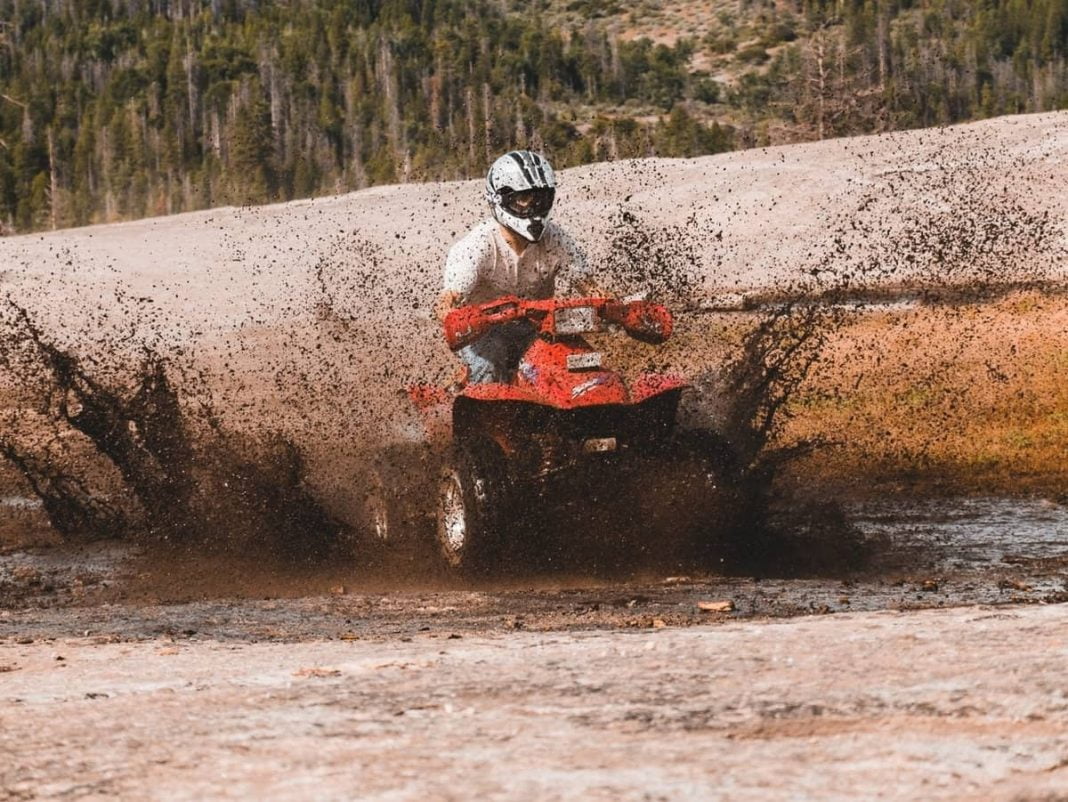 When you’re in the market for a second-hand ATV, doing your due diligence is crucial to ensure you make a good deal. One of the factors you need to consider is how many hours the ATV has run. But be aware that the hour count alone does not paint the complete picture of the vehicle’s condition.

A well-maintained and well-treated ATV from a quality brand can last 1000 hours or more. After the 1000-hour mark, there may be a need for some more significant repairs or more extensive maintenance. However, an abused or neglected ATV may last only a few hundred hours before it breaks down.

There is no one answer fits all to exactly how many hours an ATV will last, as this largely depends on how well the bike is taken care of, how it is ridden, and more. The lifespan may range from just a few hundred hours to 5000 hours or, in some cases, even more.

How Many Hours Do ATVs Last on Average?

We’ll get more into the various factors determining an ATVs life expectancy later in this post. But to give you a general idea of what to expect, here are some guidelines on how long the bike will last in the different scenarios, ranging from one extreme to the other:

Don’t we all know someone who somehow manages to break almost everything they get their hands on?

It doesn’t matter whether it is tools, camping gear, sports equipment, or a vehicle. After just a short while in their possession, the item starts to show clear signs of deterioration until it eventually breaks completely, long before the typical life expectancy.

This type of person typically doesn’t put too much thought into things like build quality or brand reputation when purchasing an ATV. They don’t enjoy or don’t take pride in taking good care of the things they own, or they use it way beyond what it was designed to handle.

If you fit in this category, even the highest quality ATV won’t last more than just a few hundred hours of use before it will need significant repairs or possibly a complete restoration. I’ve seen ATVs with 200 hours on the counter in a state where it makes more sense to buy a new bike rather than spending the time and money required to repair the old one.

This is the category where you’ll find most ATV owners, myself included.

These people typically use their ATVs for weekend trail-riding, hunting, or everyday work around the farm. They maintain the specified service schedule, at least for the most part, and clean the bike when it gets too dirty. They generally use the ATV like it’s supposed to be used, without taking it to the extreme.

If you fit this category, your ATV will likely last 1000 to 2000 hours before significant repairs or more extensive maintenance is required.

ATVs with this amount of hours on them typically end up getting sold to someone with the time and skill required to keep the bike going further, or it ends up being sold for parts or sent to the scrapyard.

The Full-Blown Enthusiast or Mechanic

At the far end of the scale, you have those who genuinely enjoy and take pride in keeping their gear in top shape.

These are the people who change the oil in between scheduled services just in case, never put away their ATV without cleaning it properly, and ride responsibly without pushing the bike too hard.

When things break or wear, they put in the time and effort required to get the most out of the bike rather than swapping it for a new one.

ATVs owned by people in this category are the ones that tend to last the longest. Don’t be surprised if their ATV with 1000 or even 2000 hours on the clock still looks and runs like new. Or their 25-year-old thumper with 5000 hours of runtime is still going strong.

Factors That Affect the Life Expectancy of an ATV

These are the factors that matter the most regarding how long you can expect an ATV to last.

Maintenance is critical when it comes to the life expectancy of ATVs. Failing to keep up with the scheduled service intervals will drastically reduce the number of hours you get out of the bike.

ATVs have a relatively high power-to-weight ratio compared to a car or most other on-road vehicles. Small, high-output engines are typically more service-intensive than heavier engines with less power.

In addition, ATVs are often used in more challenging conditions such as rough and muddy terrain, with a lot of acceleration and braking, pulling cargo, or turning large, heavy mud wheels. These riding applications put a lot of strain and wear on the engine, drivetrain, suspension, and steering components, consequently making regular service and upkeep critical to ensure long service life.

Proper maintenance should include regular cleaning and re-greasing. Proper cleaning is essential after riding in the mud and before long-term storage.

Mud left sitting contains moisture that speeds up corrosion and may negatively impact plastic and rubber materials. Bushings and bearings need to be greased regularly to expel moisture that would otherwise cause corrosion, premature wear, and eventually component failure.

Related: 15 tips to prevent rust from developing on your ATV

Some ATVs live a comfortable life putting around the farm, doing light trail riding, or carrying a hunter out to his hunting cabin. These riding applications put a lot less strain on the bike and are considered “light hours.”

Other ATVs are regularly put through challenges such as deep mudding, racing, rock climbing, or pulling heavy cargo in extreme conditions. On the other hand, these riding applications put a lot more strain on the bike and are considered “hard hours.”

An ATV that spends most of its days doing light hours will likely last much longer than one that does mostly hard hours. in the former category of riding

Most manufacturers keep spare parts in stock for about 15 years. After that point, getting spare parts becomes increasingly tricky as parts run out of stock.

After a while, you get to a point where the hassle of scavenging for parts becomes too tedious to be worth it.

An ATV is best stored in a dry, dark, and well-ventilated area, protected from the elements, moisture, and critters.

Related: Can You Keep an ATV Outside? What You Ought to Know

Many ATV owners modify their bikes for increased ground clearance, more power, or better performance in the mud.

A stock ATV is carefully designed and manufactured with an optimal balance between its components.

Any modification that increases performance strains other components such as the engine, transmission, drivetrain, bearings, bushings, and CV-axles. Most of these parts can be upgraded or tweaked to keep up with other performance-enhancing modifications.

As soon as you change one component, the ball begins rolling, and things may quickly become very expensive. What often happens is that people choose the upgrades that increase performance the most such as lift kits and bigger tires, but skip out on the ones required to maintain reliability.

And regardless of your efforts, you will rarely achieve the same reliability and longevity in a modified ATV as in one that’s kept stock.

How Many Hours Does ATVs Run per Year on Average?

The average ATV rider goes for recreational trail-riding every other weekend, does some light work around the farm, uses their ATV to get to their remote cabin, or plows their driveway in the winter.

This typically adds up to about 50 to 100 hours of run time each year on average.

Some use their ATV in their daily activities and may put on significantly more hours, while others barely run their bike.

How Many Hours Is High for an ATV?

A well-maintained ATV with 500 hours on the counter still has a bit of runtime left. An ATV that is run for more than 100 hours each year on average or more than 1000 hours throughout its lifetime is often considered high because it may soon need more extensive maintenance.

However, the hour count alone does not make for a precise indicator of the bike’s overall condition.

Hours of runtime should be one of the many factors you consider when in the market for a second-hand ATV. Other factors that are just as, if not more important, include:

Here are 20 questions you can ask the seller that will give you a much better idea of whether the bike you’re considering makes a good deal or not.

200 hours is generally not considered a lot for an ATV as long as it’s properly maintained, has not been involved in any accidents, and is in overall good condition. However, 200 hours in just one year is on the higher end of the scale.

An ATV with 400 hours on the counter will likely begin to see some signs of wear and may need to have wearable parts such as brakes, wheel bearings, and axle joints replaced. However, if it’s followed up on maintenance and hasn’t been abused, it should still have quite a bit of life left.

How Long Do ATV Engines Last?

An ATV engine should last the vehicle’s lifetime, which is typically 15 to 20 years or more. This applies as long as the specified maintenance schedule is fulfilled, the engine is kept stock, and not abused (improper break-in procedure used, regularly overheating, high revs when cold, etc.).

Related: How Long Do ATV Tires Last? When Should They Be Replaced? 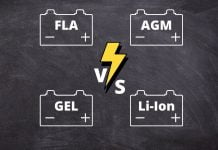 Are All ATV Batteries the Same? Comparing Different Types 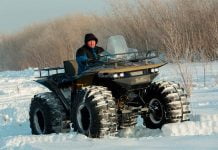 What Is the Biggest ATV? (By Size, Hp, Torque, Weight) 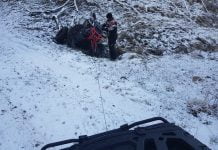 Common reasons your ATV pulls to the left or to the...

How Much Do ATVs Cost – Comparing Different Types

What ATVs Are Shaft Driven, and Why? Which Are Not?