BoostATV.com
Home Riding Are ATV tracks actually any good in the mud? 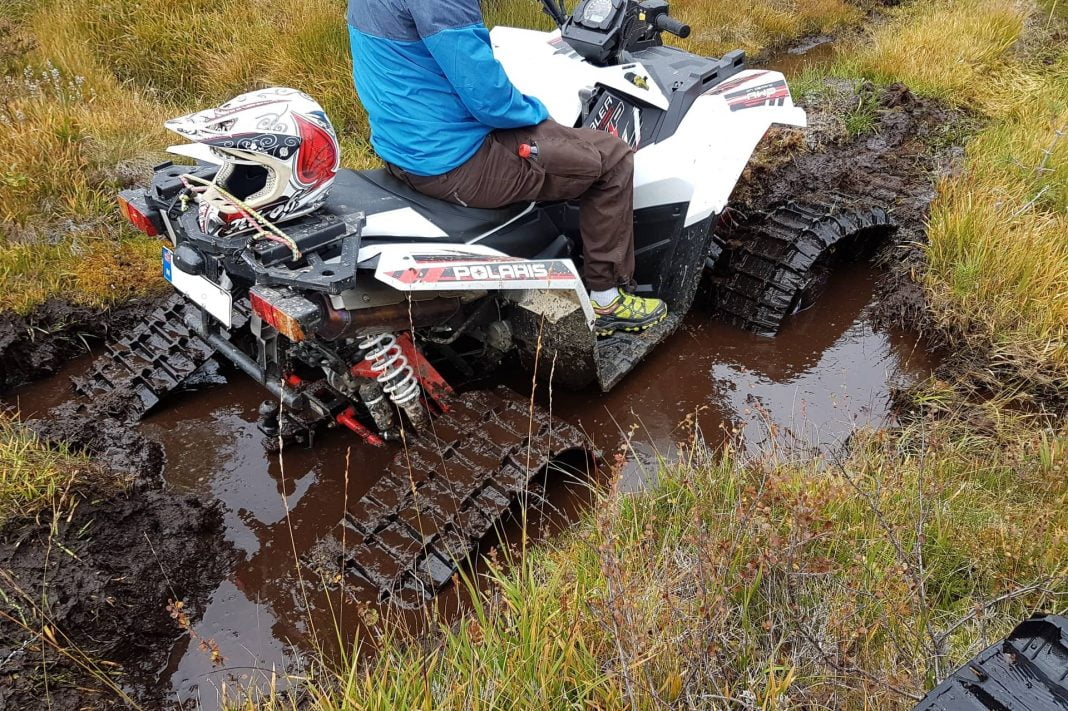 Riders often buy tracks for their ATVs with the intent of using them in the snow in wintertime, but how good are they in muddy conditions for the rest of the year? Will they even outperform the extreme 32″ purpose-made mud tires when riding in waist-deep mud? And how good are they for utility work in wet and slippery conditions?

In short, the right set of ATV tracks will work great in most muddy conditions. But as soon as you dive into the really wet mud and muskeg deeper than about 1,5 feet (45cm), the purpose-made mud tires will be your best option due to flotation. The tracks have a lot more surface-area than tires do and will keep you floating on top of the mud in places where tires will sink in. If your goal is NOT getting stuck as much as possible, tracks are the better choice for you.

When it comes to riding in mud, ATV riders tend to approach the challenge with two very different mindsets.

On the one hand, you have the riders who actively seek the worst kind of mud possible because they love the challenge, excitement, and pure fun they get from trying to get through it.

These riders like pushing the limits and does not mind at all the occasional winching session because they’ve taken on a challenge a bit too big. They don’t stop until the bike is buried deep and just barely showing in a deep and nasty mudhole or some bottomless muskeg.

On the other hand, you have the ones that need to ride through wet and muddy conditions to get to where they are going or get the job done. But getting stuck will be the last thing they want.

Whether it’s on a mushy trail ride up to a remote cabin, towing some big game after a successful day of hunting, or hauling loads of firewood out of a wet forest, the goal is getting the job done with the least amount of trouble.

And don’t worry. It’s perfectly normal to fit in both of these categories, depending on the type of ride you plan. But the gear you choose for the job is not insignificant.

Continue reading to learn the key benefits and drawbacks of using tracks when riding your quad in the mud.

You will not win any mud-rallys with tracks on a stock ATV. If this is your goal, you may end up regretting your purchase.

In several feet deep, almost liquid mud, huge tires with large lugs will generally work the best. This is true because the tires’ flotation effect will lift the front end of your quad, keeping it above the mud.

The tracks will not give you the same flotation effect, and although the traction will be much better, the tracks will keep the ATV level on the bottom, pushing the looser mud in front of the bike instead of “floating” on top of it. This will create a lot more resistance, making getting stuck much more likely.

You can compare it to a boat sitting deep in the water, compared to one just skimping the surface.

When you try to drive over a rock or a log larger than your ground clearance, what often happens is that the front tires or tracks go over just fine, but then you will be stuck hanging with the underside of the ATV on top of the rock or log.

It will be tough to lift an ATV on tires up and over the object you are stuck on top of in a situation like this. With tracks, it is near impossible.

So how does this relate to riding in deep mud? Well, in some areas, you will find these big rocks, stumps, or logs in the bottom of several feet deep loose mud or muskeg. And you won’t see them until it’s too late.

If, or when you get stuck on objects like these, you are more likely to come undone without breaking some parts on your bike if you are on a wheeled ATV.

Even tho the added ground clearance you get when installing tracks will allow you to glide over bigger objects than you can with the tires, but when you do get high centered, it will be that much harder to get the bike up over.

You will generally not get stuck as easily with the tracks as you do with tires because of the great traction. Even when you cannot move any further in the mud, you can usually reverse safely out of the situation. With tires, you don’t get anywhere as soon as the tires have lost their traction.

Having a friend winching you out would be your best bet in a situation like this. But as long as you know your vehicle’s limits and don’t push these limits too hard, you won’t get stuck anytime soon.

One last advantage you get when using tracks in deep mud is that you can ride at much lower speeds because of the great traction. With tires, you may need to give it full throttle to keep moving.

If you hit any object you cannot see under the deep mud, the risk of damage will be much higher when you hit the object at higher speeds.

On top of this, you need to consider the lower speeds, increased fuel consumption, harder steering, and rougher ride between the mudholes.

They are also more prone to sticks getting lodged in between the tracks.

These may be the factors that ultimately tip the scale if you consider getting tracks just for pure mudding purposes.

Utility work, towing, and general off-roading with tracks in wet and muddy conditions

It’s not until we look at the challenges that the second category of riders could encounter, we find where the ATV tracks really come to shine.

One of the greatest benefits that tracks will give you is unbeatable traction.

Because of this feature, you’re not relying on speed in the same way as you are with the tires to make it across the mud over to dry land. This enables you to drive as slow as you need to maintain full control of upcoming obstacles and plan to find the optimal route around them.

The tracks will handle most muddy conditions as deep as 1.5feet (45cm) with ease as long as you drive wisely, making them perfect for most utility work where great traction is required.

For off-road towing jobs, across small rivers, over challenging bog and up slippery wet hills, the tracks are simply in a league of their own.

When crossing the river, you don’t have to worry about spinning on the slippery rocks or getting stuck in the sandy river bottom.

And when you have reached the other side, the transition out of the water, up the steep, slippery riverbank, will be like a walk in the park.

The tracks’ great traction will give you the extra bite you need to crawl your way up as slow as you need to maintain full control. With a wheeled ATV, you need to hit any obstacle with proper momentum to make it.

Not only does this allow you to go more places, but it greatly reduces the environmental effect you make on the areas you’re riding in.

When driving through wetlands and bog, it’s crucial not to break the dry top layer covering the wet underneath. The low ground pressure of the tracks will make this possible.

It’s not without reason they are the moose-hunters favorite tool!

In the mud, you will “float” on top as to where the tires will sink deeper down, pushing the mud in front of them and creating more resistance.

Related: How Do ATV Tracks Work? And How Well Do They Perform?

What are the best ATV tracks for mud?

So does it matter what type of tracks you use, or are all of them the same?

Most tracks should work just fine in the mud, but there are some key features you should keep in mind when choosing the brand and type of tracks.

Like the Can-AM Apache Backcountry Track System, some tracks are purpose made to be used with snow only.

These will likely not be your best bet in the mud, mainly because of how the tracks are designed with tall and thin lugs/cams and plastic gliders that require snow for cooling and lubrication. Running them in the dry would damage them quite fast.

You should be looking for a set of quality all-season tracks, preferably from a well-reputed manufacturer. Many moving parts could break on these tracks, especially when riding on mud and dirt where the surface is harder, and the natural lubrication is not as it is in the snow.

You want to make sure you get a system that uses sealed wheel bearings to keep water and dirt out, preventing rust and premature wear.

The track pattern should have aggressive heavy-duty lugs that won’t bend or wear as fast.

The tracks I have tested in the mud myself are the Camso (previously Camoplast) T4S. These are some really great all-year tracks that have been tested and optimized for years.

But you should do just fine with most of the major brands, as long as you get a set that is well suited for your specific bike and is made for all-year use.

Investing in a true and tested brand should help you steer clear some of the pitfalls you may encounter with the cheaper alternatives. 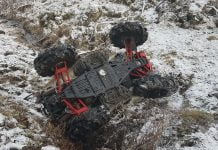 Can an ATV Flip? Common Causes and How to Avoid It 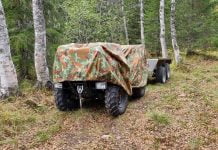 Can You Keep an ATV Outside? What You Ought to Know

Are ATVs Hard to Drive? Avoid These Beginner Mistakes

ATV Winch Draining the Battery – What Is Normal and Not?

How do ATV brakes work? Learn the basics